Exactly how are/were these Dukes related? / Kill All Robots / What costume will you wear to Kill All Robots? / robot tried to kill me in Reykjavik / Captain Sweatpants / SQUEEEEEEEEE! 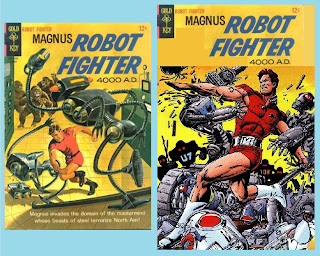 uh oh i think I inadvertently pissed off UK Portia by posting my UK Ducal Question on her FB page.
Have I mentioned that I loathe the FB Time Suck, and hate it when I have to resort to FB (or worse, 140-ASCII Tweet, the preferred text language portal of Donald Trump) because I can find no other route of signaling a human or AI Fuzzy Sentient?

But I still want the answer to my question!

THESE (see e-mail below) guys should

2.) not get all bent out of shape and Unfriend me.

IN GENERAL I am not getting along well or smoothly with our Artificial Intelligence Robot Friends, or the AI-based platforms that claim to help their human masters and friends with all communication and natural-language translation chores.

So far, worst kick in my human testicles (though it could just as easily have happened to humans without testicles):

In Reykjavik I needed money from a sidewalk ATM in heavy cold rain. I know my PIN number as an English alphabetic Word, something like FLOB, so I press [F] [L] [O] [B].

Now I had to figure out which Icelandic Alphabet buttons to press to make the dumb inflexible digital bird-brain give me my own goddam cash. After 35 minutes and pneumonia, the helpful robot merrily spewed króna into my shivering blue hands, and I crawled back to the pub to pay my tab. The pub Humans only took cash, no plastic, but they had kindly directed me to the nearest ATM in the Arctic monsoon.

Above, Magnus, Robot Fighter, of 4000 A.D. North Am (a Human Being, no gimmicks or magical powers -- although clearly he works out a lot) destroys Bad Robots with his bare hands. He also leads and teaches a crew of like-minded teen pals to destroy Bad Robots with their bare hands and Human Wits. (When you karate-chop a robot's head off, it shrieks SKREEEEEEEEE!)

If you were all pumped and spent all your waking time Saving The World, what kind of costume would you wear? (Cost is no object, but if you have the skills, feel free to design and make your own. Artists may send sketches. I would certainly check out the website of Magnus' costume designer.)

REMEMBER: You may be dedicated to Saving The World ... but you are human, you need Love, you hope for a little Intimacy. So show a little skin & musculature. (Worst costume ever: Captain Sweatpants, a comic-book store denizen from "The Big Bang Theory.")

EXTRA CREDIT COMMENT BAIT: What do you think of the new Wonder Woman and her costume? How do you like Harley Quinn? Harley's bf is the new Joker, what up with the new Joker?


I am a United States native, unschooled and unfamiliar with European royalty and nobility. All I know for certain is that Almanach de Saxe Gotha is the universally acknowledged authority.


I hope you can answer a question regarding UK nobility for me. I could not find the answer in any of the obituaries of the recently deceased


What is the specific family relationship between the late


I will be very grateful for any help you can give to answer my question.

So last year I was in Paris, my sister wantet to show Neffe&Nichte the wonders of EuroDisney (which sucked, you americans are much better at this). I needed some cash, went to an ATM just around the corner and much to my surprise when I entered my card the bugger suddenly switched to german ! I can only assume that somewhere in the algorhythm of the card this information is embedded.

I have also been told than in some parts of Sweden you can no longer pay with cash. It’s either a credit card or the local equivalent of Apple Pay or somesuch. I really hope this pilot project will fail....

But do not be afraid. The AI Revolution is far, far, far away. The Singularity prophecied by Marvin Minsky and Ray Kurzweil is not around the corner. Of course
some of these machines are good at chess or Go but when it comes to mundane tasks like voice or image recognition then most machines suck pineapples and it will be some time before a sophisticared AI will pass an elaborate Turning Test.

There are good chatbots out there, from what I hear Alaska Airways is supposed to have a good one. But these silly little twitterbots have become a nuisance and they tell us more about shitty coding than the state of AI.

The same goes for Robots, it will be some time before we will see the likes of Marvin The Paranoid Android or Robbie the Robot for real, 3D object recognition, movement and interaction are the main problems here.

Do not slough off the machine (so far just 1) that is good at Go/Weiqei/Baduk. It happened in October 2015, Google DeepMind AlphaGo creamed human Baduk (S. Korean) masters in 5 of 5 games. The best (human) theorists and programmers had predicted that this would not happen for at least 10 years -- or very possibly, never.

Can't tell you what Nifty Tricks our AI pals will come up with next (with the programming assistance of their merely human colleagues), but this totally unexpected AI Go Master Champ is a Very Big Deal in Artificial Intelligence.

I MIGHT even go to a big AI conference in Berlin because they're hinting at AlphaGo lectures -- or maybe, as is the long tradition of AI conferences, AlphaGo will play human masters. (Vleeptron Dude advises not to bet on the humans, like everybody bet on Kasparov v. Deep Blue.)

There used to be a home chess computer that -- for just an extra $50 -- would tell you out loud in its computer voice what a dumb-ass loser move you had just made. (I bought the machine, but skipped the Loud Insult Feature.)

The very general question you bring up -- what weird tricks will AI master in the future, what will AI never be able to do well, in what Moral or Ethical directions will Windows 51.0 start to surprise us?

Before prognosticating, make popcorn and watch the 1970 feature film "Colossus: The Forbin Project." Do not make the common mistake of not inviting novelists to help you accurately predict the future. The literary original is the novel "Colossus" by D.F. (Dennis Feltham) Jones. No spoilers, but have a pair of clean trousers on the sofa with you.

In "I, Robot," (new remake film), the human hero hates robots because when he was a kid in a drowning car, the Robot obeyed its logical program and saved him, and let the rest of his family drown.

That's what our silicon pals might do when they're trying to be Good. Was Asimov right? Will all robots always try to be Good re their relationship with their Carbon-based sentient masters? What are our Silicon Associates' True Feelings about us?

"You the guy who kicked the crap out of the cigarette machine?"

In one story, Stanislaw Lem wrote about a robot scientist who built robots and kept them securely locked in a dungeon on Crete -- robots who do what True Robots Really Want To Do. It ain't pretty.

(I don't like much sci-fi -- either the sci sucks or the fi sucks -- but Lem is a big exception.)

Vleeptron Dude has been gobsmacked / blowed away by the surprise triumph of AlphaGo and is preparing an Important Post (in the VAMRI series) on this development.

Playing grandmaster-level Go is ... well, for most humans, essentially Impossible. The difference between the two games is a straightforward combinatorial argument about the (scary) number of possible future moves and branches.

Okay, I confess, I spent a lot of time trying to write a winning Go program. (I found it very easy to write hopelessly losing Go programs.) I've been fascinated with AI Chess since high school (when there weren't any computers for ordinary mortals to mess with), and with AI Go since HERE.

More to come, Watch This Space. But feel free to predict that We Humans will Always Triumph over them dumb digital bird-brains.

oh, HERE is a couple of posts back, Get-Rich-Quick Schemes

Ooookay, we could argoue about this for a bloody long time, but let me say this. We thought that diffucult tasks like chess or Go might be a challenge and the rest would be fairly easy. Turns out it is the other way round. To this day there is not a single bloody robot out there that can walk properly, get up a flight of stairs, move in a three-dimensional environment or somesuch. Bending your shoelaces, picking up a glass of water instead of a glass of iced tea from a table are the real challenges for AI. It takes a neural network bloody millions of cats and dogs to be able to distingihs between the two, let alone the problem of same and different (i. a cat and a dog on an image) and that is just the tip of the iceberg...

Maybe one day a neurel network might “deepdream” a solution to the Travelling Salesman Problem or do sime other very interesting things...but conciousness ? I dunno....

Nota bene I was just asked to verify that I Am Not A Bloody Robot by identifying images with trees....now who owns blogspot.com and am I inadvertedy helping a neural network to learn to distinguish between images of trees and images without trees ? How very interesting.....

I can say that your story looks like a robot adventures. I believe that Artificial intelligence is a real thing, but in the far future. Now we cannot talk that we have it, because it doesn't work. Thanks for your hard working here.I am hoping the same best work from you in future, also you may use http://custom-paper-writing.org for all new posts and be sure in their brilliant quality.